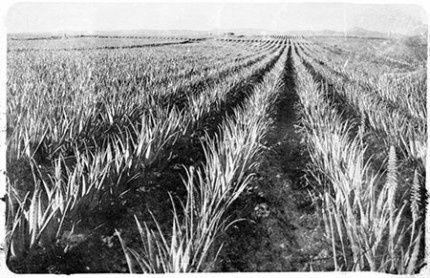 Aloe vera was used, since at least 3500 B.C., for its healing properties, but also as a cosmetic for the care of female beauty in all the ancient cultures: Greece, Egypt, India, Mexico, Japan and China. There are references to the plant even in the Bible. 2,000 years ago, the Greek scientists believed that Aloe vera is a global ‘panacea’ (suitable for all treatments). Many scholars have written for the beneficial effects of Aloe vera, amongst them are Dioscorides and Aristotle.

The Egyptians named the Aloe vera as the “plant of immortality “. The queens of Egypt, Cleopatra and Nefertiti, considered it as an essential element in the daily care of their beauty . Alexander the Great and Christopher Columbus used it on the wounds of the soldiers for its healing properties.

The name aloe is derived from the Arabic word ‘Alloeh’ meaning ‘shiny bitter substance’, while vera in Latin means ‘true’. The first mention of the aloe in the English language appears to 1655 on a translation of the medical treatise of Dioscorides «De Materia Medica». In the early 19th century, the Aloe vera was used as a laxative medicine in the United States, but the milestone was in the mid- 1930s, when it was used successfully in the treatment of burns from exposure to X-rays.

The botanical name of the species is Aloe vera or Aloe barbadensis Miller (from the name of the Scottish botanist Philip Miller and the presence of the plant on the islands of Barbados). It belongs to the genus Aloe, the subfamily of Asphodeloideae and family Xanthorrhoeaceae. There are more than 500 species of Aloe.

It is a bushy, almost sessile perennial and drought resistant plant with fleshy open green (the color of pea) leaves which have a length of 30-80 cm wide and shaped like a lance with small spines on the two narrow sides. The leaves of young plant may have white spots. The flowers are tubular, yellow light and with length of 25-90 cm. The plant has many similarities in appearance with cactus. It grows primarily in hot and dry regions of Africa, Asia, Europe and America.

The Aloe vera is the most prevalent type worldwide for the production of gel and powder due to the quality of its leaves. There are many theories of its origin. The most dominant theories, mention Sudan and North Africa. Today approximately 500,000 acres are grown in Mexico, Venezuela, Costa Rica, Guatemala, the Dominican Republic, Argentina, Brazil, USA , Malaysia, Thailand, India, Pakistan, Australia and China .

In Greece intensively is cultivated since 1995 in an area of 135 acres on the south coast of Crete, in the prefecture of Heraklion in Tsoutsouros by Mr. Elias Chronakis (Louis Aloe Farm) which is currently the largest Greek cultivator of Aloe vera and one of its suppliers our company.